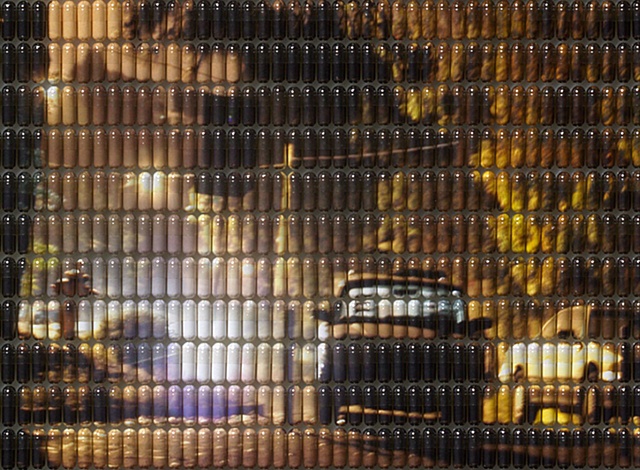 Back Door (detail)
< previous next >

Many of the homeless in San Francisco were patients of the mental hospitals that were shut down during the Reagan era. When they are sick, or are picked up by the police or outreach workers, they are often taken to San Francisco General Hospital to get healthy and clean up. Some people "check themselves out" and head across the pedestrian bridge over the freeway behind the hospital to the homeless encampments in the no man's land between the freeway and the upscale residences on the hill. This image is shot from the hole in the fence which marks the escapee's re-entry into the "normal" world.